Asida Shakryl attended a meeting of the Gal District Administration. 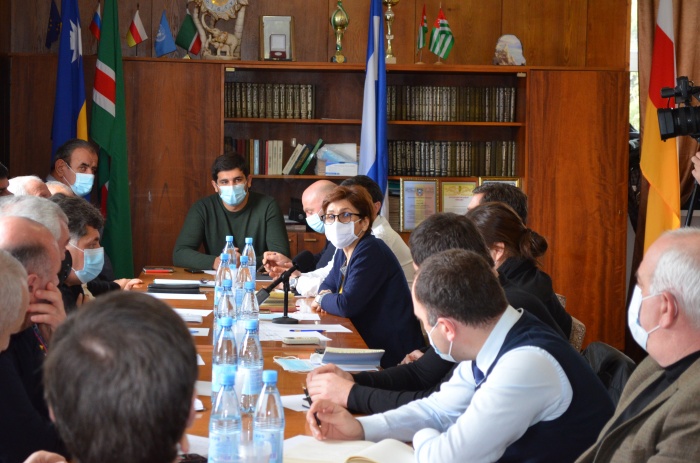 An emergency meeting was held in Gal District on the subject of the land tax rate. The meeting was attended by the Commissioner for Human Rights in Abkhazia, Asida Shakryl, as well as the heads of law enforcement, supervisory and fiscal bodies.

The President of Abkhazia responded to the reported violations of rights in the Gal district. The violation was manifested in an illegal increase in land tax rates. By presidential decree of July 7, 2020, the illegal decision of the district assembly, providing for an increase in the land tax rate in Gal was canceled.

The Head of the Gal district, Konstantin Pilia, directed all heads of district administrations to report on the implementation of the Presidential Decree.

According to Shakryl, key concerns raised by the residents of Gal district were discussed at the meeting, including the double taxation regime, the Ingur border crossing order, the issue of certification and others.

“These issues need to be resolved as soon as possible because they affect people’s lives. However difficult, we must avoid politicizing these problems and address them, lest they worsen». – the Ombudsman highlighted.

During the meeting, Asida Shakryl proposed to initiate an open meeting at the level of the Security Council and senior management, to resolve the question of passport issuing procedure in the district.

The mayor of Gal entrusted the heads of the villages and the procurator with the task of identifying human rights violations in the district. He also supported the imposition of strict measures, including the initiation of criminal proceedings, if considered necessary.